It’s All About the Dogs! 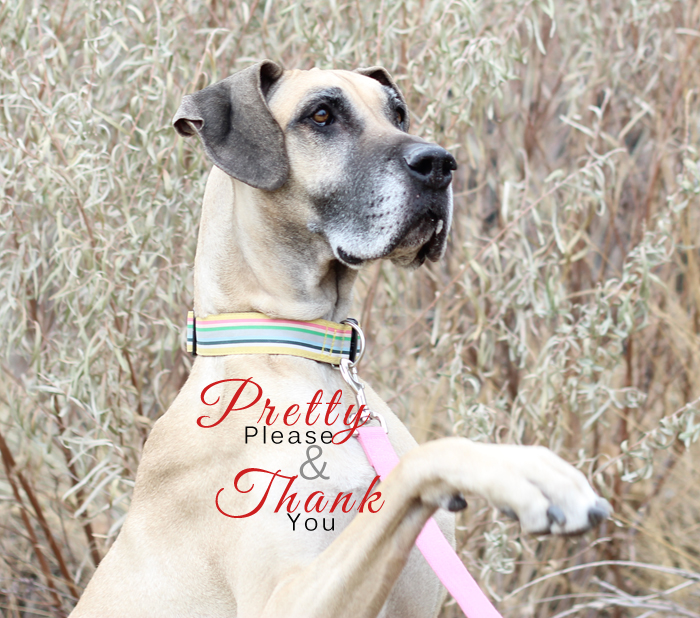 Ask any of our supporters “What does Rescue mean to you?” or “Why do you support RMGDRI?”  The answer would be a resounding, “It’s all about the dogs!”

With 2014 squarely behind us, it could be said that last year was no different than prior years.  Our focus has never wavered from being all about the dogs.  However, 2014 was different.  It was different because of you and your support of the RMGDRI Danes and our mission.  No question about it… 2014 was different for the 54 Danes who found a forever family or received the Vet care they deserved through RMGDRI programs.  For YOU and your continued support of our mission, we are forever grateful.

So how was 2014 different and how did you make a difference?  Well let’s look at the numbers.  This is how YOU have made a difference in 2014 for Danes in need.

With your help as a supporter of RMGDRI, the average time in Rescue for our dogs improved.  RMGDRI Danes found their forever homes 24% faster.  On average, in 2013 a foster dog would be in Rescue 90 days.  In 2014, we were able to usher them along to their new lives in just 69 days.  And guess what?  There were fewer dogs returned to RMGDRI.  Actually, 19% fewer dogs were returned in 2014 compared to 2013.  Our matchmakers at RMGDRI were working overtime in 2014 right alongside of our Foster Families, Volunteers, Vet Partners and Donors to find RMGDRI Danes their new adoptive homes.  Because of YOU our Danes found their forever homes sooner and stayed there.

Our medical costs did increase in 2014 by 1%.  The average medical cost carried by the Rescue for a Dane is $673.  The overall average cost per dog is $733 to the Rescue.  This number represents the average cost for food, medical, training, and any boarding costs incurred by the dog during their stay in Rescue. The medical program fund at RMGDRI supports 92% of each Dane’s expenses while in Rescue. With food, training and boarding being only 8% of the total cost of care. Without our Vet Partners and generous donors, we would not be able to provide this all important program and ensure our Danes the best care possible as we prepare them for their forever homes.  Because of YOU our Danes received the medical care they needed and deserved.

Dane lovers flocked to help RMGDRI in 2014 and our volunteer base increased by 42% over 2013.  In part due to the renewed interest in the RMGDRI mission on our social media channels.  We increased our following on average across our combined social media channels by 60% over 2013.  Additionally, RMGDRI was fortunate to secure a grant from Google.  If you can believe it we served up a quarter of a million ads online to help spread the word about the RMGDRI mission and our available Danes looking for homes. Because of YOU more people are learning about our Danes in need and our mission is reaching more people than ever.

In 2014, you helped make a big impact for Great Danes in need- a positive one!  From the bottom of our hearts, THANK YOU.

2015 will continue to be all about the dogs at RMGDRI.  We sure hope to have your continued support because we cannot do it with you.  We have some big plans and lots of Great Danes that need your help finding a new home this year.  Reach out to volunteer@rmgreatdane.org if you would like to learn about more ways you can help Danes in need or check out our Volunteer Careers page for new volunteer opportunities .  Pretty please & thank you! (As Monroe says it.)